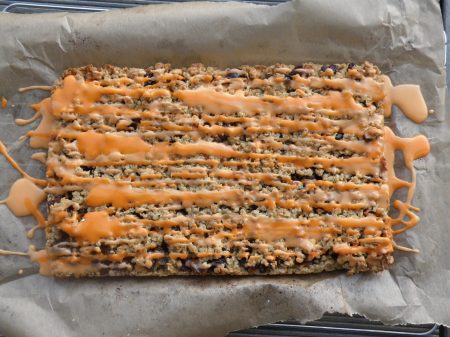 So, I really hadn’t even had those jars of Mincemeat in storage down in the cellar for more than a week or so before I started getting ideas. Merely in the interest of experimentation you understand. But when it hit me “Mincemeat Flapjacks” well it just had to be done.

I love mince pies but something a bit different is in order this year and I tell you these hit the spot. I finished baking them this afternoon and there are very few left this evening. The Levster of course didn’t like them (he doesn’t like Mincemeat) but the rest of us loved them and at least we know that our crumbs will be safe on Christmas Day eh? 😉 The citrus element I thought was an obvious one, the drizzle icing adds a nice element to the flapjacks, but of course a simple dusting of icing sugar would also suffice.

And so, the recipe;

Measure out the porridge oats then stir in the orange zest, salt, cinnamon and ginger. 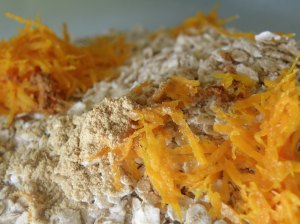 Melt the butter, sugar and marmalade together in a pan over a low heat. Stir with a wooden spoon.

Add the melted mixture to the oats and mix to combine. Press about 2/3 of the mixture into a 20 x 30 cm pan and press down with a spatula.

Spread a thin layer mincemeat over the top, you may have to do this carefully as to not disturb the oat layer. Then sprinkle the remaining flapjack mixture over the top of that.

Gently press down again, don’t worry if it looks patchy. Put into oven preheated to 180 c for about 20 minutes. 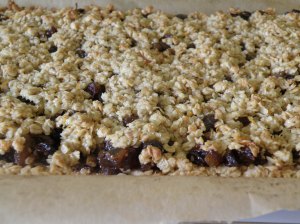 for the Drizzle icing;

Add the juice a little at a time, I found it needed 2 tbsp but basically until you have a thick drizzle. 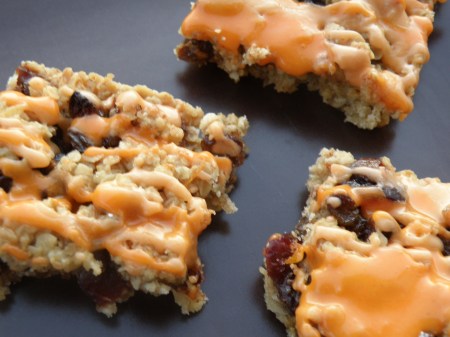